Incorporate Your Idea. How to Develop Your Intellectual Property in the Cayman Islands

The Cayman Islands have taken significant steps in recent years to update and modernize the legal framework with respect to protection of intellectual property (IP). Traditionally, the Cayman Islands patents and trademarks registry only served to extend rights which had previously been registered in the U.K. or the European Union. However, in addition to an overhaul of the copyright laws earlier this year1, lawmakers are currently in the process of modernizing the patents and trademarks laws2 to encourage growth of the IP-intensive industries.

While the patent rules will only be slightly amended to be more protective of innovators3, the most significant reform is the creation of a new stand-alone trademark system for the Cayman Islands which would not require a first registration in the U.K. or at the European Union level4. Finally, companies will also be able to extend protection of their industrial design rights in the Cayman Islands.

IP encompasses inventions, literary and artistic works, symbols, names and images used in commerce, and is currently the most important assets of many technology and industrial companies. The ability to protect and maximize the value of IP assets is therefore of strategic importance and often is one of the main factors which contribute to a company's growth.

According to the most recent statistics from the WIPO IP Statistics Data Center, global patent applications in 2015 rose to 2.9 million, with more than 1 million inventions coming from China, while trademark applications reached about 6 million, almost half of them filed by Chinese companies. In a report from the U.S. Department of Commerce published in September 2016, more than 25% of the existing industries in the United States were defined as "IP-intensive", and in 2014 they already accounted for more than a third of the total GDP of the United States.

Largely known as one of the premier offshore financial centres for hedge funds and other investment vehicles, Cayman is now trying to become a popular destination for IP migration but also development5. Businesses in areas related to innovation and technology can now be established in Cayman under the special rules of the Special Economic Zone (SEZ). The SEZ now includes more than 180 tech and knowledge-based companies and is rapidly growing due to entrepreneurs realizing that Cayman is a very attractive place to house IP-intensive businesses.

In the first of our series of legal insights on owning IP through a Cayman Islands structure, we will explore some of the key benefits of incorporating an exempted company as part of the SEZ.

For many of the IP-intensive industries, intangibles are the only fixed assets on a company's balance sheet. Technology and media businesses develop their customer base all over the world. Such companies often start small, with a team of talented and dedicated people, and in their growing stage may be attracted to relocating in the Cayman Islands6 to benefit from its stable yet business-friendly legal framework.

The Cayman Islands exempted company is the preferred corporate structure for such businesses (no regulatory approvals, no need for resident directors, no requirement for an annual audit, and no need for an annual shareholders' meeting).

In addition, the existing or newly incorporated exempted company may apply to be registered as a Special Economic Zone Company (SEZC), allowing it to benefit from specific advantages such as speeding up very significantly work permit applications for the employees to be relocated to the Cayman Islands or access to very good infrastructure and support services. The SEZ, offering a lean, flexible and tax-friendly regulatory environment in an all-inclusive package, often gives talented inventors and entrepreneurs the best solutions for growth.

Businesses in the following sectors may qualify to set up as an SEZC: 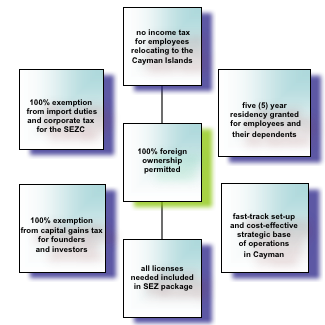 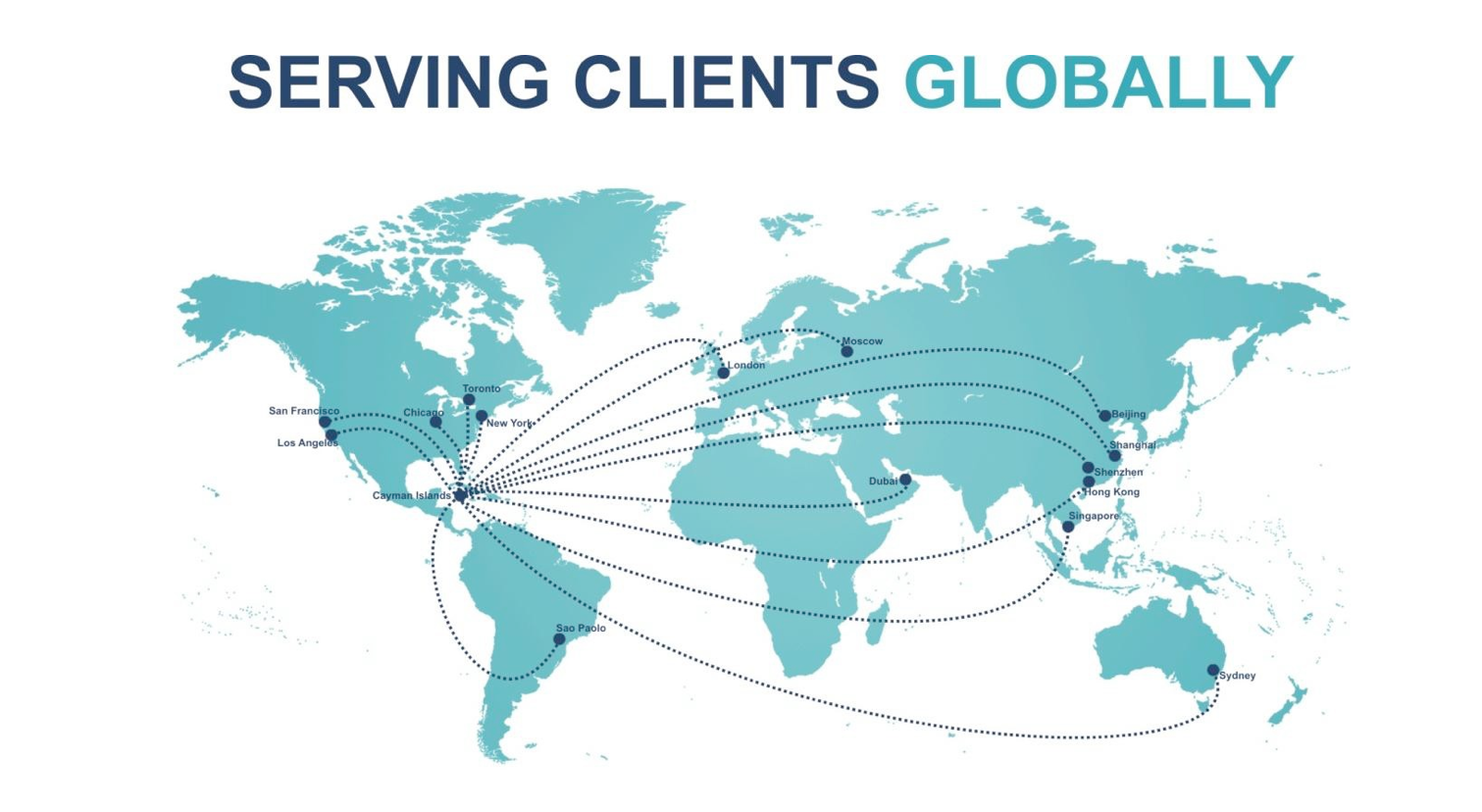 1. The Copyright (Cayman Islands) Order 2015 and the Copyright (Cayman Islands) (Amendment) Order, 2016 (collectively, the Copyright Orders) extend most of the current U.K. copyright law to the Cayman Islands.
2. Currently in the process of being adopted are The Patents and Trade Marks (Amendment) Bill, 2016 and The Trade Marks Bill, 2016.
3. The proposed reform aims to encourage innovation by dissuading "patent trolls" - the new law will specifically prohibit or at least discourage "assertions of patent infringement which are made in bad faith".
4. To apply the new IP rules, the Cayman Islands have also established the Cayman Islands Intellectual Property Office (CIIPO) as a separate section of the Cayman Islands Government's General Registry Department, as well as a separate Intellectual Property Law Gazette.
5. Over the last 30 years, larger multinational companies (especially Fortune 1000 companies) have been migrating IP to lower-tax jurisdictions benefiting from double taxation treaties (such as Ireland, Switzerland, Netherlands, Singapore, etc.) as part of their tax optimization strategy. The IP would be developed in high-tax jurisdictions allowing the taxpayer to incur deductible losses and expenses, and then transferred abroad when it became an income-producing asset. This practice has been, however, increasingly challenged by tax authorities all over the world.
6. The Cayman Islands Companies Law allows for the registration (called transfer by continuation) of a company with limited liability and share capital incorporated in a foreign jurisdiction (provided that the laws of such foreign jurisdiction do not prohibit the relocation).

28 May 2020 Register your Cayman Private Fund with CIMA before the 7th August 2020 Deadline The Private Funds Law, 2020, which came into force on 7th February 2020 requires all private funds to register with the Cayman Islands Monetary Authority before 7th August 2020. Read More
5 May 2020 Will the BVI Approved Manager regime become the preferred offshore option for establishing an Investment Manager? As the regulatory requirements and cost burden increases for investment management entities in the Cayman Islands, many of our clients are looking for other offshore solutions. Read More
©2017 Loeb Smith. All Rights Reserved Website by morphsites